This volume is just the start of it. All she knows is slaying. Despite the fact that she didn't become the Chosen One until she was a sophomore in high school, she doesn't know how to live a normal life that doesn't involve killing demons and other supernatural creatures. That's all she is.

The characters around her have all moved on. Xander, who once embraced this wholeheartedly and helped guide the slayers, is content with being a regular guy dating Dawn. You can tell that Willow wants to get back out there, but she can't partner up with Buffy like they used to.

Instead, she's accepted her new station in life. Georges Jeanty returns to draw Buffy as the regular series artist in Season 9.

I'm not a fan of his artwork as the facial features of most of his characters look off. He often has trouble with noses and the results are rather strange. I do like how some of the Scoobie Gang, especially Willow, have grown up. It's very clear that they're adults now and they look and act as such. 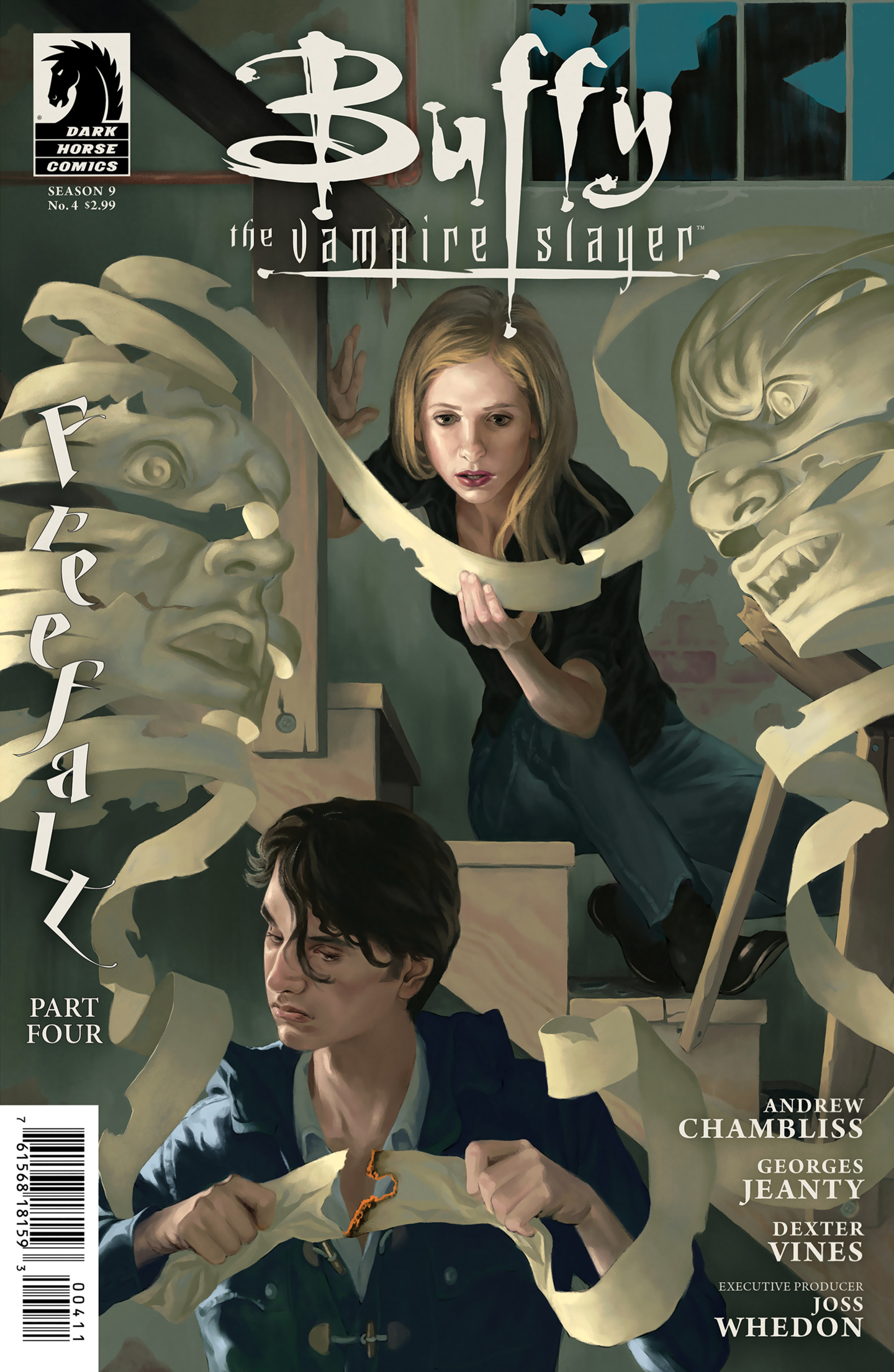 Buffy, of course, is still the carefree child. Season 9 had a lot of potential at the get go, but Freefall feels like a misstep. Buffy has no clear direction or even a path that she can hope to get to. Instead, she is just squandering, looking to kill things. The logical thing would have been for her to join up with the police department and that detective who she clearly has sexual tension with.


With the Zompires on the rise, it would make sense for her to lend her talents to the greater good -- and more importantly, to get a paycheck -- by helping to put those things down. Instead she'll continue working at the coffee shop. That'll make for an interesting chapter in the history of the slayers.

James has a 2nd grade reading level and, as a result, only reads books with pictures. Horror is his 5th favorite genre right after romantic comedy and just before silent films. No one knows why he's here, but he won't leave. The Fade Out Vol.

Raised on a steady diet of R. Read Our Fantastic Fest Coverage! Daily Dead'S Official Podcast! Episode - Live from Fantastic Fest! Independently owned and operated since , millions of people from around the world have made Daily Dead their destination for coverage of the horror entertainment industry. Copyright - dailydead. Daily Dead is a registered service mark of Daily Dead Media. Join Daily Dead's Corpse Club for exclusive members-only rewards!